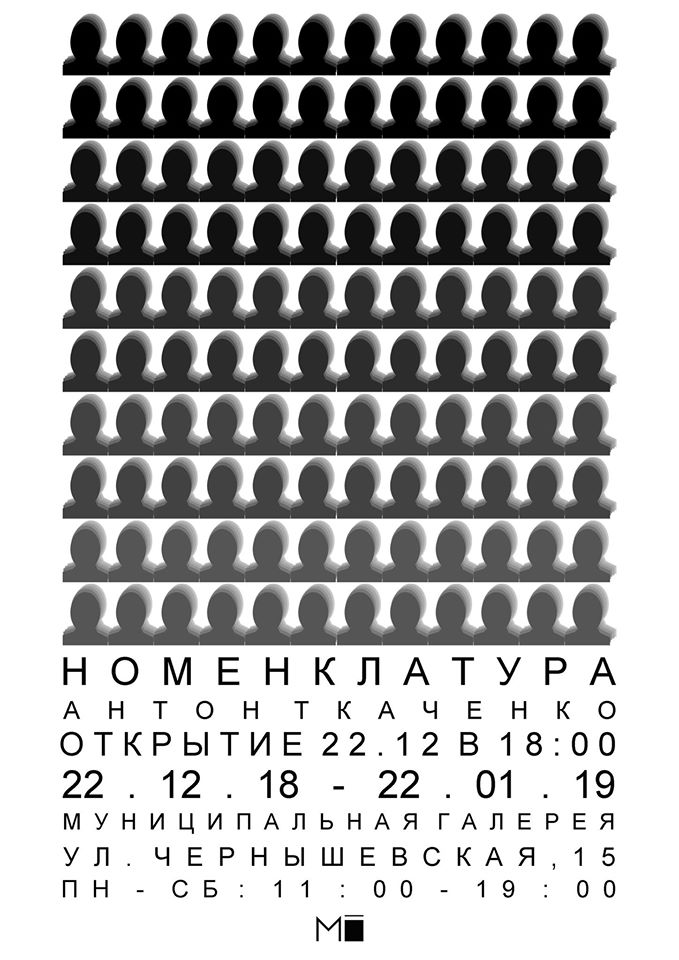 Anton was born in Kharkiv in 1994. He studied at the Kharkiv National University of Construction and Architecture. Anton works with themes of memory, including the city and architecture in general, paying great attention to the organization of space in his projects. Co-founder and member of the curatorial group “VIDSOTOK” (Percentage), he presented his personal projects in galleries in Ukraine and Poland. Anton took part in group exhibitions in Kyiv, Kharkiv, Vienna, Lviv, Odessa, the international symposium of contemporary art “Biryuchy”, art residencies in Berlin and Lublin (Poland), the festival GOGOLFEST, the contemporary art fair Kyiv Art Week, the 5th Odessa Biennale. Awards winner of NonStopMedia 7. Lives and works in Kharkiv.

The concept of “Nomenclature” has numerous meanings, but for the author of the project it means showing knowledge of geographic maps at school. This word evokes in the artist’s memory that moment during a geography lesson when a pupil is called to the board and you have to give an answer: what exactly is shown on the map. “Here it is the very gesture of reporting on your knowledge of the contour map you have been studying, and then demonstrating your knowledge of what is a fact,” — Anton Tkachenko. Life itself can be viewed as a fact that needs to be studied, comprehended and passed as a test.

The Nomenclature project is a kind of “memorial museum”, a kind of self-reflection throughout life. Here is how the artist himself describes the project: “I have my life and react to it.” This is not working through one’s memory, not self-reflection and immersion in recollections, but a different look at oneself “then” from the position of “now”. All the works of the project are the material manifestation of that time (photos were taken and printed then). And it’s an endless process: the works being made now can be reworked and used later. It turns out to be the eternal engine.

The project was influenced by works of the French neoclassical architect of the 18th century Etienne Louis Bullet. He designed buildings uncharacteristic of his time, which were completely impossible to implement, and despite this, his inner utopia prompted the architect to continue to create them.

The Nomenclature project is conceived as a long-term large-scale project, with more than 400 works already. In the future, it is planned to create a full-fledged Museum of Memory, where each part of the project will occupy a certain allocated space. “This whole building will be me” — Anton Tkachenko.

The first part of the project is self-portraits, presented in 2017 at the competition of young Ukrainian artists (“MUH”) at the Taras Shevchenko National Museum. The second part of “Nomenclature” will be shown at the Municipal Gallery premises, in which the same self-portraits are supplemented by three more segments. Thus, the project consists of four parts: I – self-portraits; He and She – portraits of relatives, close friends; We – collages that can capture family history; They – abstractions that are always around us, but do not play a significant role, like ghosts that we throw away from our memory without focusing on them.

Photographs were used to create the exhibits, but it is only a template that makes it possible to stay within certain limits: the standard photo size, etc. They serve as a framework, the fact of photography itself is not important. What is significant is the result of rethinking which is superimposed on it. The whole story of life is like that: it’s the same pattern, thanks to which it becomes possible to rethink the “old” and create a “new”. Onwards to the eternal engine again.