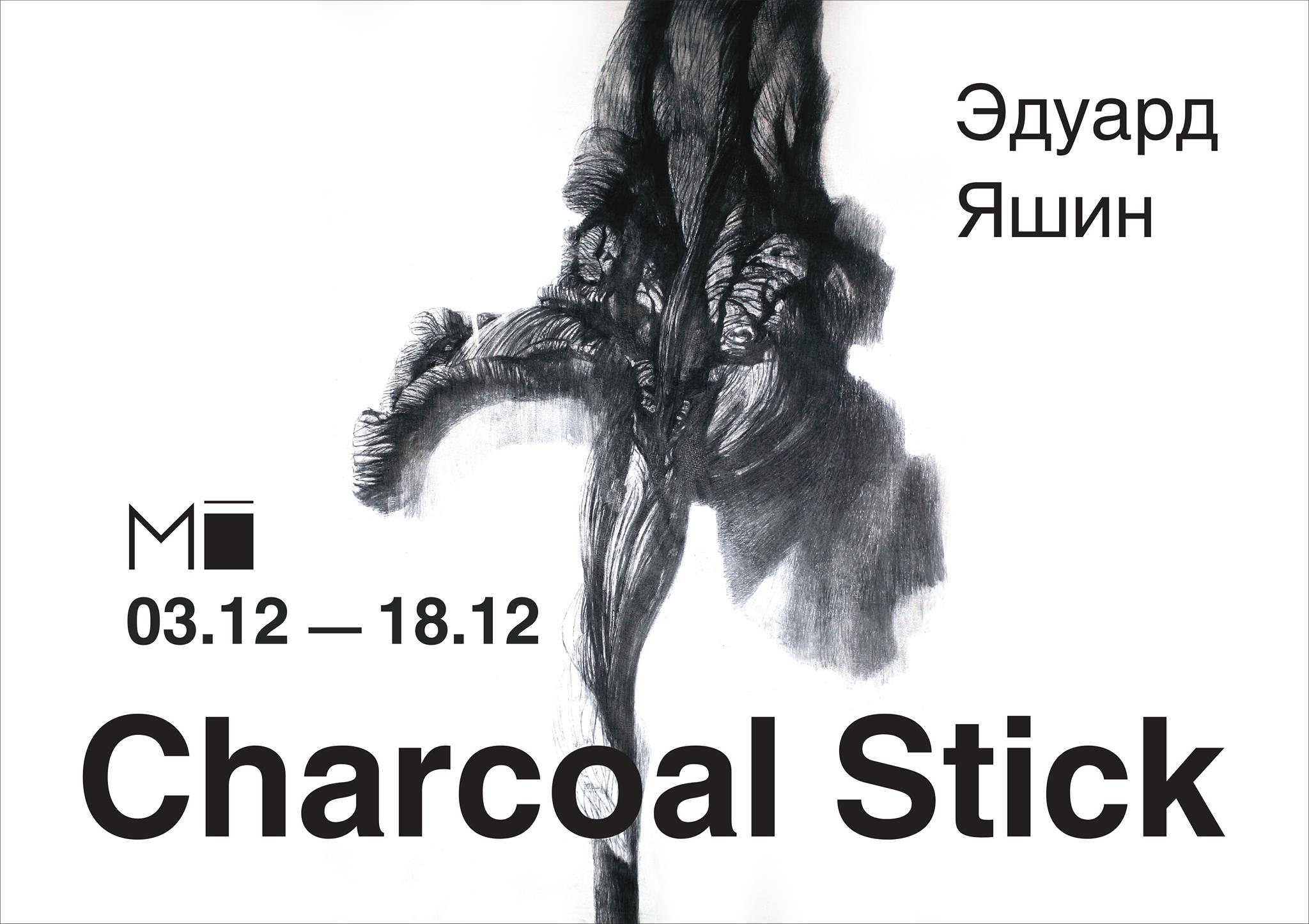 Festive exhibition by Eduard Yashyn dedicated to the 23rd anniversary of the Municipal Gallery.

‘Charcoal stick’ is the first solo exhibition in 5 years which presents the result of Eduard Yashyn’s creative search in his favorite technique – the simple black coal with which he once began his artistic studies, first on paper, but now with images transferred to the canvas. There are echoes of the old architectural motifs with a new floristic theme, inspired by artist’s favorite photographers – Karl Blossfeldt, the period of the “new vision”, and Robert Mapplethorpe, as well as paintings of the old masters.

‘Simple things’ series: Despite such a modest name, artworks reminiscent of monumental sculptures. Garments retain their own plasticity and seem to be carved out of stone. Light reflections show folds, wrinkles, and thin texture that feels almost tactile.

The technique of the work carries a duality of some artistic carelessness and fine drawing with the realism and volumetric presence of things in space. Thus, a dual experience is born not only for the artist, but also for the viewer.