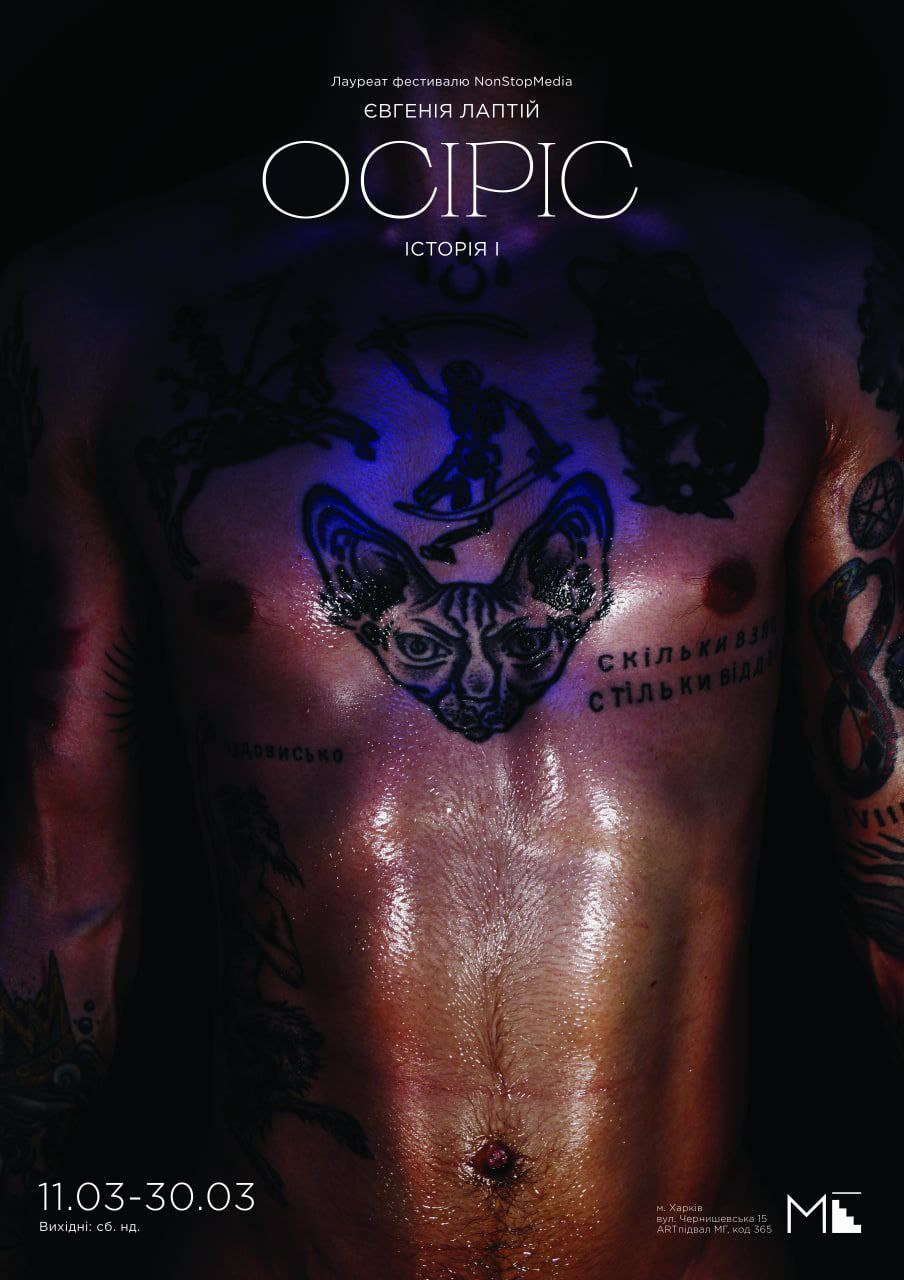 The myth of Osiris tells the story of his body being cut into 14 parts, which were hidden throughout Egypt, found by his wife Isis and resurrected. In this series I study male physicality through its mythologization. The topic of male sexuality and physicality is presented in a one-sided way in the modern world: a man must be muscular to be sexy. However, flirting with the myth of Osiris and deconstructing and later collecting together the bodies of the subjects of the series, gives me the opportunity to look closely at the body. The body first appears as an object, a part of something whole, and later it forms into a subject — personality (portrait) of the character.