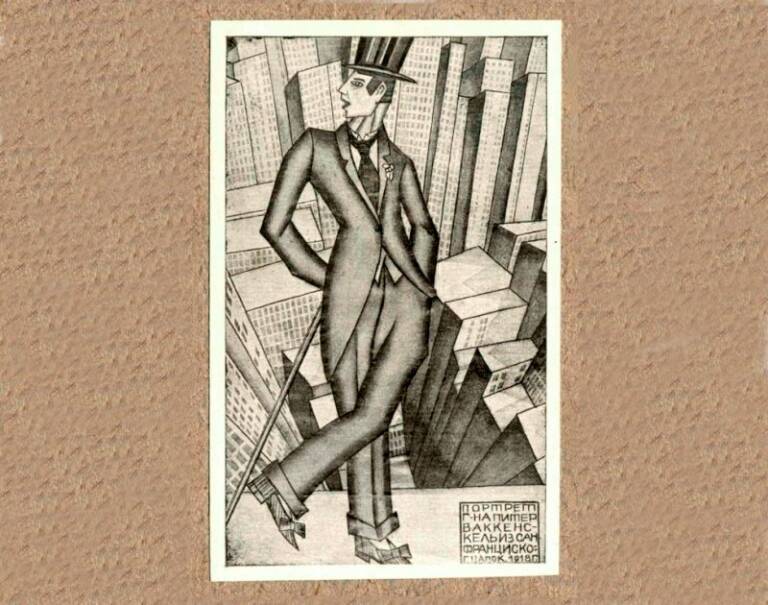 Lecture by Valentina Chechyk, Associate Professor of the Kharkiv State Academy of Design and Fine Arts.

Studied at the art school of Ladislav Trakal and Mikhail Pestrikov. Before 1916 Tsapok worked in theaters in Kharkiv, Kyiv, Dnipropetrovsk and others. In 1916–1917 he decorated plays in the Kharkiv Operetta (“Lady with Camellias” by A. Dumas, “Pericollo” by J. Offenbach), in 1920-37 at the First State Ukrainian Theater for Children, at the Revolution Theater, and simultaneously at the Kyiv Theater named after I. Franko (“The Wedding of Figaro” by P. Beaumarchais, “The Messiah” by E. Zhulavsky, “Mirandolina” by C. Goldoni, etc.).

In 1939–1946 he was the chief decorator of the Kharkiv Russian Theater. Outside the theater stage, Tsapok took part in decorating the foyer of the Kharkiv Circus (1919), painting a mural on the House of Actors. In 1926-29 he made a series of propaganda and anti-religious posters. He also worked in book graphics (“Sundays and Mondays” by Yu. Smolych, 1929, etc.).