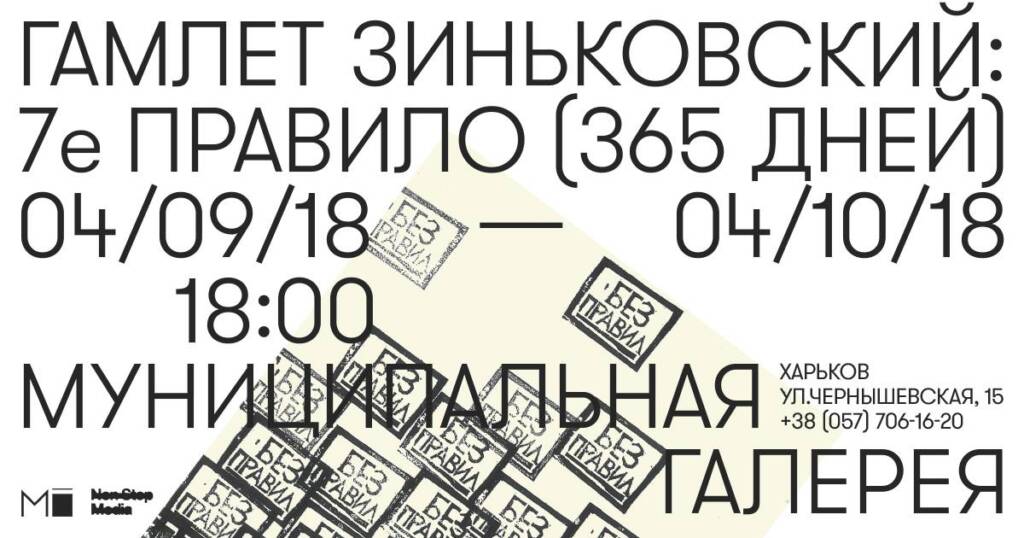 The project will last from September 4th to October 4th, 2018.

Hamlet Zinkovsky is a Ukrainian artist known for his street-art works in Kharkiv and other cities. He lives and works mainly in Kharkiv, participates in exhibitions in Ukraine and abroad, is an award- winner of NonStopMedia 4 and 5. Hamlet’s street art is distinguished by its graphic style and its use of characteristic texts by the artist.

“The Seventh Rule” is the author’s project of graphic works done for 365 days.

“… He said that especially for those who want to be in the world, to remain well in it, there are seven simple rules to maintain and sustain their stay. And he wrote on a piece of paper:

the first rule – no bullshit, the second rule – no lies, the third rule – no showing-off, the fourth rule – no stress, the fifth rule – no haste, the sixth rule – no corrections, explanations or justifications. These rules are permanent. And the seventh rule must be created by yourself every day and you mustn’t be lazy about it.. It’s valid for one day and it changes daily. On the day of our intellectual conversation, he set himself the following rule: do not receive more than you give.” Taras Prokhasko, “2015”.