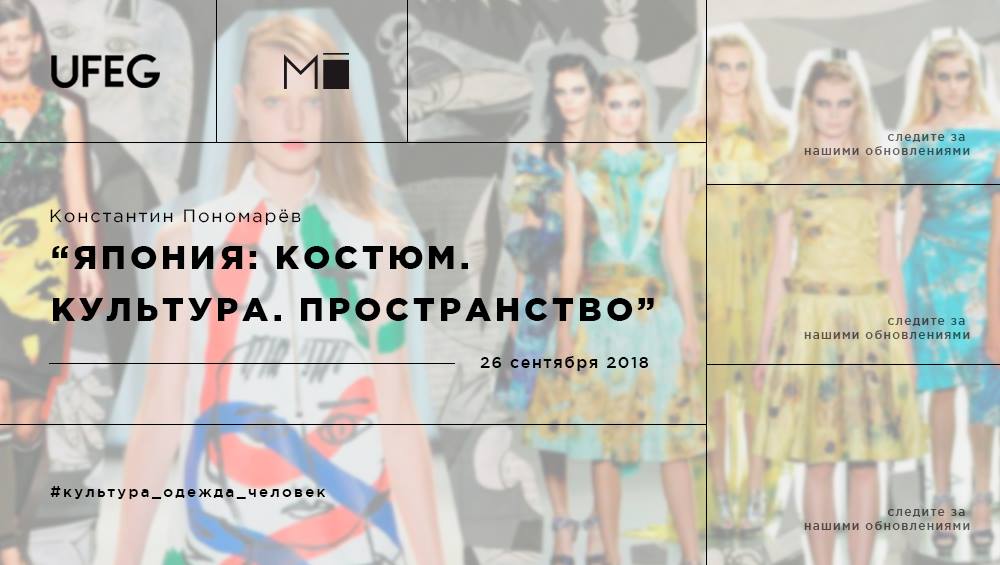 Fashion-lecture hall at the Municipal Gallery

On September 26th, Konstantin Ponomarev will open a season of our new cultural and educational format – Fashion-lecture hall at the Municipal Gallery. The designer, fashion historian and one of the leading speakers at UFEG will present the essence of his course “ Japan: Costume. Culture. Space”.

You will learn about a synthetic civilization which created a unique philosophy of beauty. It is based on rationality and economy — concepts that are especially relevant in the 21st century. Konstantin Ponomarev will speak about key Japanese traditions, art and, of course, costume. You will learn about Japan’s invaluable contribution to world fashion, its indisputable influence on aesthetics not only of national, but of world culture, too.

Philosophy, ideas, values, achievements, and legendary designers of the past and the present — you will hear about them all during the first lecture in the Municipal Gallery. You will encounter an island culture which had a fascinating influence on the development of all mankind.