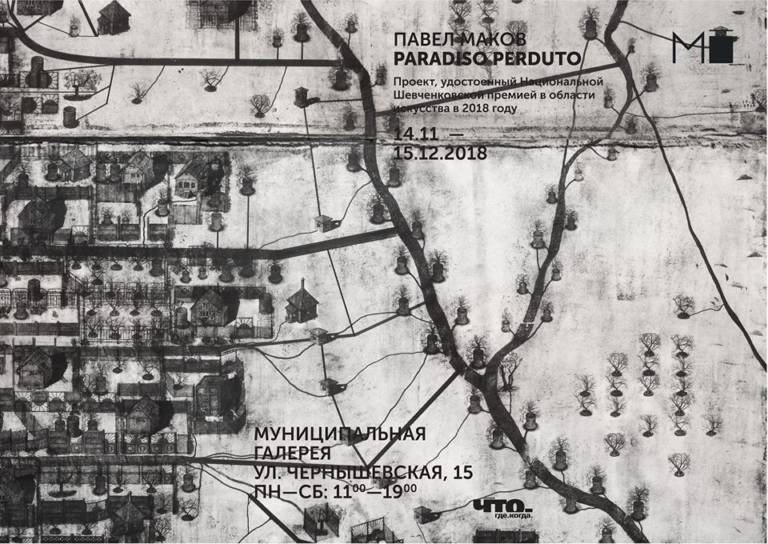 Pavlo Makov is a representative of the Kharkiv school of artists, member of the Union of Artists of Ukraine, corresponding member of the Academy of Arts of Ukraine, and also a member of the Royal Society of Painters and Graphic Artists of Great Britain. Makov’s works are known far beyond his native country. In addition to a large number of solo and group exhibitions, Makov has given numerous lectures and workshops in Europe and the United States. In 2018, Pavlo Makov became the winner of the Shevchenko Prize (National Prize of Ukraine) and won the nomination “Visual Art” with the project “Paradiso Perduto” (“Paradise Lost”).

The master mostly works in the well-known, albeit not very popular in our time, sphere of fine arts such as graphics and etching. Ever since the 1980s, when Makov made a name for himself at the same time as the Ukrainian New Wave appeared, his painstaking, “medieval” (as the artist likes to say) etching technique distinguished him from the rest of the domestic art space. The master’s attitude to this technique also is different: if etchings used to be created as printable items, Makov turns them into original and unique works, which are not inferior to paintings in their uniqueness.

In the project “Paradiso Perduto” (“Paradise Lost”) Makov embodies and develops his idea of a personal Paradise. It is in this project that the theme of dreaming is added to the themes of place and memory, which are close to the artist’s heart. This combination explains why the artist turns to the image of the countryside land lot in his works. This image manifests the idea of a personal place where everyone can grow their Garden, their little Paradise and make their dreams come true on this piece of land. But this Paradise cannot last forever; no more than the life of the person who grew it. Paradise is doomed to be lost.

Therefore the works of “Paradiso Perduto” depict the landscape of a very specific country house cooperative in the Kharkiv region where the artist’s dacha (country cottage) is located. There are almost no images of people in these works, but the landscape itself captures their presence. The Paradiso Perduto project allows you to enter the space and walk the paths of abandoned gardens, shown as closed, but devoid of rigidly closed containers.

Today the theme of “one’s own” place, a personal Paradise, so multidimensionally developed by Pavel Makov, acquires special significance: on the one hand, it reveals the tragedy of the catastrophe associated with the feeling of abandonment and losing “the ground under one’s feet”, on the other  it relates to the need to establish vital connections between man and landscape, with the ability to nurture, tend your own garden and be able to protect memory and dreams from outside threats.