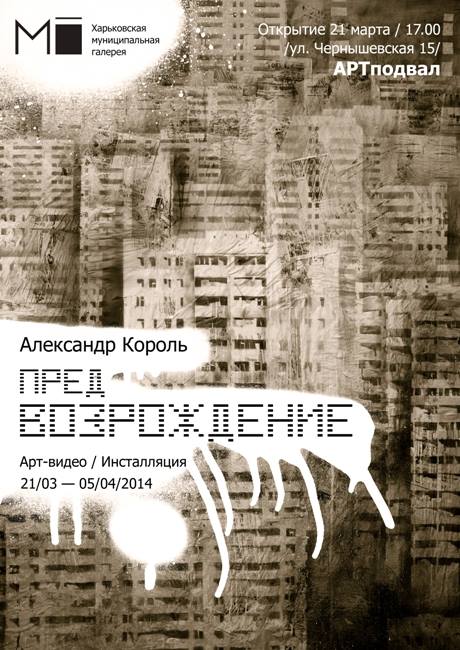 The era of renaissance is preceded by a period of decline. And it is the rebirth that begins with self-awareness, an awareness of the decline and a desire to change something. Social aspirations of mankind run into a paradox: to live closer, denser, so as to communicate less.

There is a source as the basis of self-identification, self-awareness. It is important to keep

in oneself the awareness of the source as a starting point of development.

The contemporary visual art of Ukraine finds itself in virtually the same situation, it needs a renewal through turning, if not to traditional means of expression, then at least to the visual thinking of the artist whose working method was formed among pictorial figurative values. Alexander Korol is exactly such an artist. His endearing gentleness says nothing about his creative capacity. On the contrary, it is backed by the firmness and accuracy of visual solutions, by the distinctness of concepts included in the semantic layer of projects, presented now to the public.