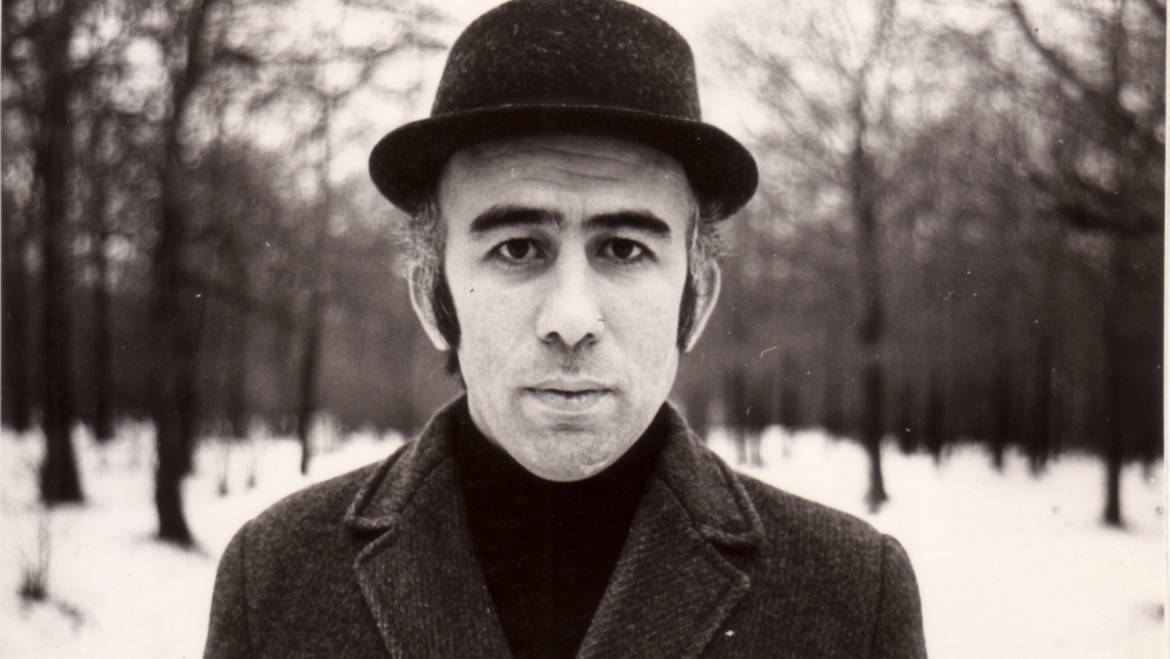 “The Last Futurist”, avant-garde artist, formalist, nonconformist, sots-artist, artist of the word, one of the founders of Soviet conceptualism and mail art, winner of international caricature competitions, expert in Western and Russian avant-garde, creator of the SOSrealism creative method, “the main mockingbird of the Soviet Union” , a locksmith’s apprentice and decorator of a red corner at the Porshen’ factory — all of this said and written about one person — Vagrich Bakhchanyan (1938-2009).

Bach (author’s pseudonym) was born and lived in Kharkiv until the age of 29, at the end of the Khrushchev Thaw he moved to Moscow, spent the last 35 years of his life in New York, becoming, according to Alexander Genis, “one of the three idols of Russian America, along with Joseph Brodsky and Sergei Dovlatov. “

Vagrich Bakhchanyan was for a long time mainly known abroad, that is why it is important to show his works to the Ukrainian audience, and include him in the context of Ukrainian contemporary art. Many, in fact, know Bakhchanyan and regularly quote him without knowing: “We were born to make Kafka come true,” “Wallet is the weapon of the proletariat,” “By hook or by crook, living not by lies,” “All power to sonnets ”,“ Twiddle your thumbs save Russia! ”.

Since 2016, the Kharkiv Municipal Gallery has been bringing back the art of Bach to Ukraine. The first exhibition was “Vagrich Bakhchanyan the artist of the word” in Kharkiv. Since then, the artist’s artworks have been shown in several major projects: “Song of the Petrel. Short Course ”(V Odessa Biennale of Contemporary Art, 2017); “Misto HA. Kharkiv Avant-garde ”(Kyiv, National Art Museum of Ukraine, 2017-2018); Cultural Forum “SlobodaKult” (Uzhgorod, 2018); “We were born to make Kafka come true.” (Odessa Museum of Modern Art, 2019), “I do not feel free to do what I want” (ART basement, Kharkiv, 2019), “We were born to make Kafka come true.”  (Municipal Gallery, Kharkiv, 2020)

Bakhchanyan was born in Kharkiv, attended the Kharkiv Studio of Decorative Arts by Oleksii Shchehlov. In 1965, he initiated the first unauthorized exhibition in the USSR (in the courtyard of one of the buildings on Sumskaya). He was banned for formalism at the factory and was fired from the position of decorator of a red corner. He was friends with writers: Volodymyr Motrych Vladimir Motrich, Yuri Miloslavskyi and Eduard Savenko, for whom Bakhchanyan came up with the pseudonym Limonov. In 1967 he moved to Moscow, where he worked in the liberal Literary Newspaper, in the legendary satirical club Twelve Chairs on the 16th page of the newspaper. Also he was published in the magazines “Youth”, “Knowledge is Power”, “Soviet Screen”. He made a one-day solo exhibition at the BlueBird Cafe, where the leaders of underground Moscow art like Ilya Kabakov, Erik Bulatov, Komar and Melamid, also exhibited. In 1974, Bahchanyan emigrated to the United States. He lived in New York, where he worked in periodicals, making book graphics, illustrations for Vasily Aksyonov, Vladimir Voinovich, Yuz Aleshkovsky, Arthur Miller and others. Vagrich Bakhchanyan was part of the Fluxus group. His most famous projects: “Respect the time” (an action in 30 galleries in New York on the same day), performances at MOMA, “Daily exhibition of one artwork”. There were published Bakhchanyan’s literary and graphic works in Russia. Several significant solo exhibitions were posthumously held in the USA, Russia, Armenia, and Ukraine. In 2014 director Andrei Zahdanskyi shot the full-length documentary movie “Vagrich and the Black Square”.

Articles on the project:

Release of the exhibition ``We were born to make Kafka come true.`` Vagrich Bakhchanyan.

Cheerful name Bakhchanyan. To the 80th anniversary of the birth of the ``folklore character``

Greetings to Kandinsky, “make Kafka come true” and an edible person: the works of Vagrich Bakhchanyan were brought to Odessa.